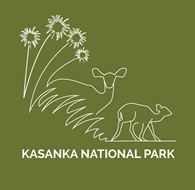 The Kasanka Trust Limited is a wildlife charity based in Zambia, the UK and the Netherlands, which manages the Kasanka National Park in Zambia’s Central Province.

The Trust’s main objectives are to secure the future of biodiversity of Kasanka National Park and to stimulate, as well as sustain the local economy through its mission of “Tourism for Conservation”.

The Department of National Parks & Wildlife (DNPW) are the Government Department, under the Ministry of Tourism & Arts, that looks after all the National Parks and protected areas throughout Zambia.